Chapter Three: A Hairbrush Spanking a Day, Keeps a Coal Filled Stocking Away

Dear Reader: This is Chapter Three of a series and while it could be a stand-alone, if you’d like to start at the beginning, find Chapter One on this blog, then go to “our sweet approach” http://oursweetapproach.blogspot.com/ for Chapter Two, and then back over here.  Amy 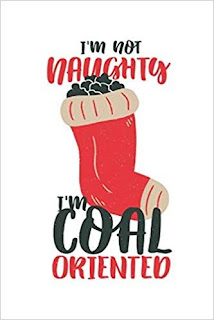 Becca fingered each implement as her bottom involuntarily twitched.  It was rare that she was allowed to choose as it was and she wrestled internally about what she deserved versus what her bum could tolerate.

Becca’s mind had lingered on the belt, but only for a moment.  She had been so frustrated lately, with everything, that it seemed like the only time she was good was when she was escaping on her phone, hidden away from the world.  Everything overwhelmed her and at that realization, the hairbrush only seemed to call to her name more.  A hairbrush was her least favorite implement, but Becca knew in her heart it was the only implement that would wash her free from the irritability that was taking over her heart right then and there.

She was such a brat.  A foolish stubborn woman that did not know how good she had it.  Hugh was a wonderful man.  He rarely criticized her and often would go above and beyond to encourage her.  He was a good provider, excellent Daddy to their children, and a mighty good HOH.  He knew when to discipline and when to encourage.  The fact that she had pushed him to an actual punishment session was rare.  The odd thing is that Becca knew she had this coming for weeks.  The more Becca spiraled the more she had bratted and hidden in her phone.

No, Becca knew she needed a reset.  She knew that the moment she’d overreacted to the present.  When she avoided taking responsibility and paid the kids off, and then her behavior, disrespecting her man!  It was past time for a meeting with the hairbrush.  When she handed the brush to Hugh, she grimaced and had a hard time letting it go.

“Becca, the kids are home, we’ll have to go downstairs to the basement to spank.  Get your robe. I’ll meet you in a few minutes.”  Becca nodded and went into the en suite to grab her robe.  Hugh took the brush, stuck it in his back pocket, and headed to the basement.  A few minutes later a rather anxious Becca joined him.

They had a rather nice sized storage room that they would use on those occasions when they needed to do a spanking that required some peace and quiet, and more privacy than their bedroom could provide.  Any time a louder implement was used this was their “go to” room.  Becca did not feel any comfort in this room.  Hugh always felt an overwhelming sadness when they would have to end up down here.

They kept an old couch in the room.  It was large enough for Becca to lay over Hugh’s lap and also to tuck her feet down under the pillow and armrest.  It helped her keep control and struggle less.  Hugh locked the door and sat down in the middle of the couch.  He grabbed one of the throw pillows and handed it to Becca.  She crawled over his lap and tried to find a good position.  Hugh helped to get her right where he wanted her.

Pausing for a second, Hugh decided to go ahead and pin Becca’s legs between his.  This would keep her from struggling too much, but also keep her in position, so he didn’t accidently hit anything he wasn’t trying to.  Wood could do some damage if it didn’t land on soft tissue and the last thing he wanted was to hurt his sweet wife.

Becca knew when Hugh captured her legs that he planned the spanking to be rough.  The tears began to flow before he even issued a single swat.  She began to shudder and sob.  All of the excitement of the day ended here.  Why?  Because she was so self absorbed that she could not think of anyone but herself.  She needed this big ball that was growing in her stomach to dissolve.  Even though she hated going through the spanking, she was extremely eager to have a resolution to her selfishness.  She never liked to disappoint anyone, especially Hugh or the children.

Hugh gently rubbed Becca’s back as she cried. He knew in DD that this was part of the process.  That sometimes the overwhelming idea of the spanking was too much and Becca would cry before he even laid a hand on her.  This was especially true if Becca felt highly emotional that day.

“Becca, Becca, honey, do you want to talk about how you’re feeling?  What is going on in that head of yours?”  Hugh was good about asking the right questions, but this time Becca just shook her head.  “Try again?  That was a yes or no sir question.”

“No sir,” she muttered into the throw pillow.  Silly enough, that simple question had calmed Becca down some.

“That’s your choice, sweetheart,” Hugh said quietly.  “Let’s get started then.”  He gave her bottom cheeks a few squeezes than picked up the hairbrush that had been set beside him.  Hugh did not believe in warming up for a punishment spanking and from the first strike to the last Becca felt every single one.

“You have to trust me, Rebecca St. Clair,” Hugh admonished as he laid into Becca’s untouched backside. “You have to respect my words and understand when I say no to something, I mean no.” 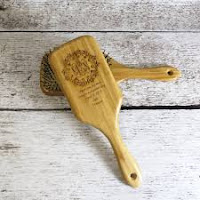 While Hugh continued his lecture Becca was crying and squirming and doing her best to keep from downright screaming as the lightning fast swats burned every inch of her backside and upper thighs.  Hugh kept talking, but the lecture was more for him at this point as the burning turned to numbness and then Hugh would attack a different area.  He had no real rhyme to his spanks, just that each one got his point across.  This would be a spanking that would keep Becca in check for some time to come.

“Please, Hugh, it hurts!” was squealed between cries of, “owwww!” and “I’m so sorry!  I will never brat or disrespect you again!” and the final words of begging for the spanking to just end.  Hugh knew when she had enough because her shoulders would slump and her cries would become sobs rather than pleas for the spanking to conclude.  He gave her a few more for good measure before setting the brush aside and surveying the damage to her crimson bottom.

“Shush, you’re alright, sweet pea.  It’s all over.”  He rubbed her back and shoulders, before beginning to knead her bottom cheeks easily.  She would probably have a few bruises, but they would begin to fade before Christmas Day.

Becca closed her eyes and let the mixed bag of feelings rush over her.  The sharp pain of it all was dissipating while the stress release and endorphins took hold of her body and mind.  People never understood how having Hugh stand strong and tall over her like this, created a sense of stability and comfort that caused her to love him even more.

Hugh looked down at the marks on his beautiful wife and wondered if they should end the night making love, with her tied by a satin rope, or using that perfectly shaped ginger plug he had tucked away in the freezer.

It’s up to you!  Choose your answer and read the appropriate post at  “our sweet approach” http://oursweetapproach.blogspot.com/
Posted by Eric51Amy49 at 9:05 PM