Chapter Three: A Flogger Spanking A Day, Keeps a Coal Filled Stocking Away

Dear Reader: This is Chapter Three of a series and while it could be a stand-alone, if you’d like to start at the beginning, find Chapter One on this blog, then go to “our sweet approach” http://oursweetapproach.blogspot.com/ for Chapter Two, and then back over here.  Amy 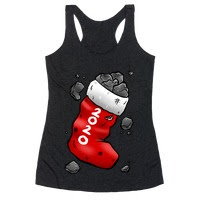 Becca was trying hard to keep her composure as she held tightly to the flogger.  In her mind, as wired as she was, the flogger would be able to help calm her oversensitive nerves, without the side effect of not being able to sit down until Christmas.  Guilt was a factor in wanting to get spanked.  It helped her to release all of those negative feelings that came from disappointing the ones she loved.  It was just so helpful to have a husband that knew the TTWD lifestyle was a way to work out those difficult times without bad feelings hanging in the air for weeks.

“Becca, we really need to have this discussion.  Come sit down beside me.  Let’s talk.”  Becca turned around and made her way to him.  He’d pulled out the ottoman and gestured for her to sit down in front of him.  “Now, I know that you try very hard to manage all the kids, the house, the shopping and now the online schooling, but honey, the house is a wreck 90% of the time.  You’re struggling, I know, we both are with the additional stress of Covid and now Christmas.  But we need to work through these issues.  We are so fortunate this year.  I want to focus on the positive, but first we’re going to take care of the issues at hand.  Are we on the same page, so far?”

“Yes, sir,” she said meekly.  He was right on all points, and they didn't even include the issues from that night.  She’d behaved poorly and she knew it.

“So let’s move onto the issue at hand tonight.  You were disrespectful to me when I gave you your present.  You were literally throwing a fit over a present given to you to help you understand that I expect more from you, but that I’m also here to help you.  We’re a team.  Not just two individuals doing our own thing.  That’s what this lifestyle does.  It will help keep the focus on us tonight, both of us.  Hand me the flogger and lay across the bed.”  He held out his hand for the flogger. Becca gave it to him as she hung her head. 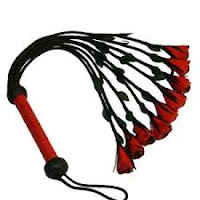 “Hugh, I’m sorry.  I will do a much better job, but you don’t have to spank me.  I’ve already kicked myself to the street and back while waiting in the corner.” A few tears slipped silently down her cheeks.

“Awww, honey, I know you have, that’s why you need the spanking.”  He hugged her naked body to him.  She smelled so good.  He reminded himself not to get distracted, but he could not help but caress her bottom.  Maybe they would need a good play session if the discipline went well tonight.  “Come on, we will get through this and we will both feel so much better afterwards.”

“I know you’ll feel better, but my bum and I will be in a world of hurt.”  She said attempting a nervous smile.  Hugh laughed as he helped her onto the bed and over the pillow he had laid out to push her bottom up.  They were already beginning to feel better, or at least more on the lighter heart side of things.  That changed pretty quickly though as they both prepared themselves for the first swat.  Becca grabbed the comforter and shoved a bit in her mouth.  At least with this implement the kids wouldn’t hear anything down the hall as long she didn’t cry out loud too much!

Hugh situated Becca as he wanted on the pillow and then started swatting away.  The flogger was something they could use both as play and as discipline, but it could pack a punch.  “Ouch, not so hard, Hugh!” Becca said on the third strike to her posterior.

“You don’t decide how hard, Becca, this is punishment, remember?”  She gripped the comforter and tried desperately to stay still.  As another series of spanks rained down on her bum which was rapidly turning deep pink.  Becca tried to breathe through the comforter and the pain.  Hugh knew just the amount of build up she needed and she was trying desperately to trust him.

“Hey!  Watch your hand!” Hugh growled.  Becca was fighting through the pain and forgot to keep her hands tucked under her chest.  Hugh immediately moved his concentration onto her upper thighs and Becca’s hand flew back to its proper place.  Becca was so close to tears now.  This was the part she never understood.  Why did she fight the tears so much?  She knew with them would come a flood of relief.

“Good girl, we’re getting there,” said Hugh’s comforting voice.  He never wanted to hurt her hands, so that was one of their big rules that Becca not reach back to impede the spanking.  He surveyed her bum, as he kept the flogger going.  There were lashes all over her bottom where the little tresses had left their marks, but most of the area had been completely covered.  The harder ones had left the lashes, but he was not completely done yet.  They would go all night if they needed too, because Hugh knew his wife.  She was holding back on the tears and until she cried this would all be for naught.

“Becca, you know that I will keep going until you cry yourself out.  I love you, honey, and I want you to feel release from all the guilt you are feeling.”  Hugh’s words were soft and steady.  He was practically cooing the words to her.  Becca did not need a harsh spanking, just one that allowed her to release all the negativity and allow all the endorphins to flood her body.

Becca felt herself shudder and then the wetness filled the corner of her eyes.  How could she let all these things bottle up and practically overtake her?  Then tonight she’d just been a brat.  Hugh was such a sweet husband.  She knew how much spanking set things right. Why had she just not trusted him?  Gone to him with all her thoughts and feelings and get things set right?  Nope, she had to be stubborn and try to take on the world by herself.  The first choke brushed the back of her throat as she tried to hold it back.  “See,” she told herself, “You’re doing it even now!  Trust Hugh,” and with that, her face filled with tears.

“There you go, sweet pea, just a few more.”  Hugh said as he slowed down his spanking and let her cry it out.  He gave her five last swats then tossed the flogger next to her.  He laid down next to her and began to rub her bottom and lower back.  Whispering words of encouragement to let the tears flow.  After several minutes Becca began to relax into Hugh’s arms.  He felt the warm heat begin to lessen and the tears stopped dripping down Becca’s beautiful face.  Even though she had been ugly crying, Hugh thought right then that he had married the most lovely and perfect woman ever created.  He smiled as he gently kissed the top of her head, her cheeks, her forehead and finally her lips.

Becca closed her eyes and let the mixed bag of feelings rush over her.  The sharp pain of it all was dissipating while the stress release and endorphins took hold of her body and mind.  People never understood how having Hugh stand strong and tall over her like this, created a sense of stability and comfort that caused her to love him even more.

Hugh looked down at the marks on his beautiful wife and wondered if they should end the night making love, with her tied by a satin rope, or using that perfectly shaped ginger plug he had tucked away in the freezer.

It’s up to you!  Choose your answer and read the appropriate post at  “our sweet approach” http://oursweetapproach.blogspot.com/
Posted by Eric51Amy49 at 9:04 PM